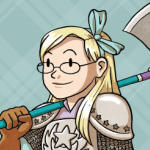 Jason Pitre is back with more Sig, this time a Forged in the Dark reimagining titled Sig: City of Blades. Here us chat about this new take on Sig, life in the Hellyear 2020, and the online incarnation of Metatopia!

END_OF_DOCUMENT_TOKEN_TO_BE_REPLACED 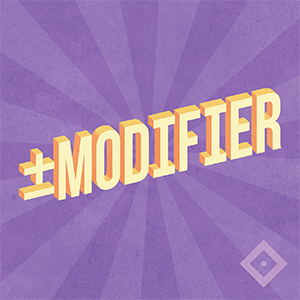 Brinkwood: The Blood of Tyrants is a Forged in the Dark game about Robin Hood vs Vampires, created by Erik Bernhardt. Come join us as we talk about eating money, making deals with the fae, and fighting for justice.

June 29, 2020 Meghan Dornbrock Press Release Comments Off on Patrick Rothfuss Teams with One Shot Podcast to Explore the World of The Kingkiller Chronicle With New Stories

June 22nd, 2020 (CHICAGO, IL) — Patrick Rothfuss, #1 New York Times Bestselling author will partner with the award-winning One Shot Podcast on June 22, 2020 through July 27, 2020, new episodes will be released every Monday, for an actual play miniseries set in The Kingkiller Chronicles’ world of Temerant. Having sold more than 10 million copies worldwide, the story will be one of the first extensive narratives made available to Rothfuss’s fans since The Slow Regard of Silent Things and The Lightning Tree were published in 2014. The episodes will be available at bit.ly/oneshotkingkiller

While new to his readers, this is not the first time Rothfuss has roleplayed Temerant. In the years before the publication of The Name of the Wind, he fleshed out the world and tested ideas in private games he would run for friends and family.

“Long before I ever tried to write a novel, I made characters and built worlds for roleplaying games,” says Rothfuss. “Telling stories like this will give me a chance to show off corners of my world that don’t appear in my novels, and it’s playful and collaborative in a way that I really miss. Most importantly, these are stories that will let people spend time in my world sooner rather than later, while they’re waiting for the next book to come out.”

The game used in this series is an early playtest of the Kingkiller Chronicle roleplaying game currently being developed by Rothfuss and D’Amato. Hour long episodes will premiere weekly on the One Shot Podcast feed.

This story to be featured on One Shot is actually the first of many, as Rothfuss and D’Amato plan to launch a podcast which will provide an ongoing series of similar stories set in the universe of the Kingkiller Chronicle later this year.

The One Shot Podcast is hosted by award-winning author and game master James D’Amato. Frequently host to geek glitterati guest stars such as Matt Mercer, Jess Fink, and Chris Funk of the Decemberists. With more than 350 episodes, they have featured over 100 different roleplaying systems since their inception in 2013, and have recently collaborated with The Try Guys to teach them Dungeons & Dragons.

“The Kingkiller Chronicle is one of my favorite fantasy series, and I am enamored with the unseen corners of the world of Temerant,” said D’Amato “I am thrilled to have the opportunity to explore it alongside Pat and all the talented performers we are working with.”

This will be Rothfuss’ third appearance on One Shot, his previous games including a Stranger Things-esque horror adventure in the Kids on Bikes system, and For The Queen, where he revealed a few secrets about Modeg, a largely unexplored corner of the Kingkiller world.

“I’ve come to love actual-play gaming over the last several years, and I’ve played with some of the best out there: The Adventure Zone, Acquisitions Incorporated, Critical Role and so many others. But playing Kids on Bikes with James was one of the best gaming experiences of my life. It helped me realize I wanted to tell more stories like that. Stories set in my world.”

Rothfuss and D’Amato set their first Temerant story at The University, following students who find themselves at loose ends at the end of the term: juggling financial responsibilities, personal relationships, and their hopes for the future.

“It’s a college road trip movie,” said D’Amato. “For our first adventure, I wanted to look to the left of Kvothe’s rougeish heroics to see what else we can learn about Temerant.”

“I had such fun,” said Rothfuss. “It’s the first time I’ve ever PLAYED a game in my world instead of running it. I got to share details about the culture and magic I’ve never talked about before. I loved making characters and seeing where our shared story took us. I’ll admit, it wasn’t at all what I anticipated….”

One Shot is a weekly actual play podcast that explores different role playing systems with self contained One Shot stories. A rotating cast of improvisers, game designers, and other notable nerds show off the variety and diversity in RPGs bring you a new game every month! New episodes drop every Monday at www.oneshotpodcast.com.

Princess World, be Kevin Petker, is a PbtA game about cooperative world building, storytelling, problem solving, and being girls who rule. We chat about how the game evolved out of a request from his daughter into this clever, colorful, collaborative adventure.

END_OF_DOCUMENT_TOKEN_TO_BE_REPLACED

Rich Howard, Richard Kreutz-Landry, and Taylor LaBresh are the design trio behind Descent into Midnight. This aquatic PbtA game about community and emotion defies genre, so we make a bunch of ocean puns and get really heartfelt about stuff.

END_OF_DOCUMENT_TOKEN_TO_BE_REPLACED

Return guest Tracy Barnett is here in friend capacity this week for a heart-to-heart with Meghan about burnout, asking for help, and where they are right now in that journey.

Dyer Rose is a member of the San Jenaro Co-op, a creator-owned group that makes RPGs together. Dyer fills me in on how the structure works, what games they have in production, and what industry issues they’re trying to address with their approach.

END_OF_DOCUMENT_TOKEN_TO_BE_REPLACED

Quietus is a melancholy horror RPG that uses the Blades in the Dark system to tell heart-wrenching narratives in a one-shot. Game designer Oli Jeffery shares how he utilized the system to take full advantage of the genre.

Quietus played on Party of One

In Afterlife: Wandering Souls you play as a Wanderer collecting memories of your life and discovering who you were when you were alive. Liz Chaipraditkul talks about discovering your character over the course of the game and how the mechanics evolved to support this unique and affecting player experience.

The Orpheus Protocol with Rob Stith

The Orpheus Protocol is an RPG as well as an actual-play podcast. Creator Rob Stith takes us through the evolution of the game and how running an AP as a living playtest has affected his process.