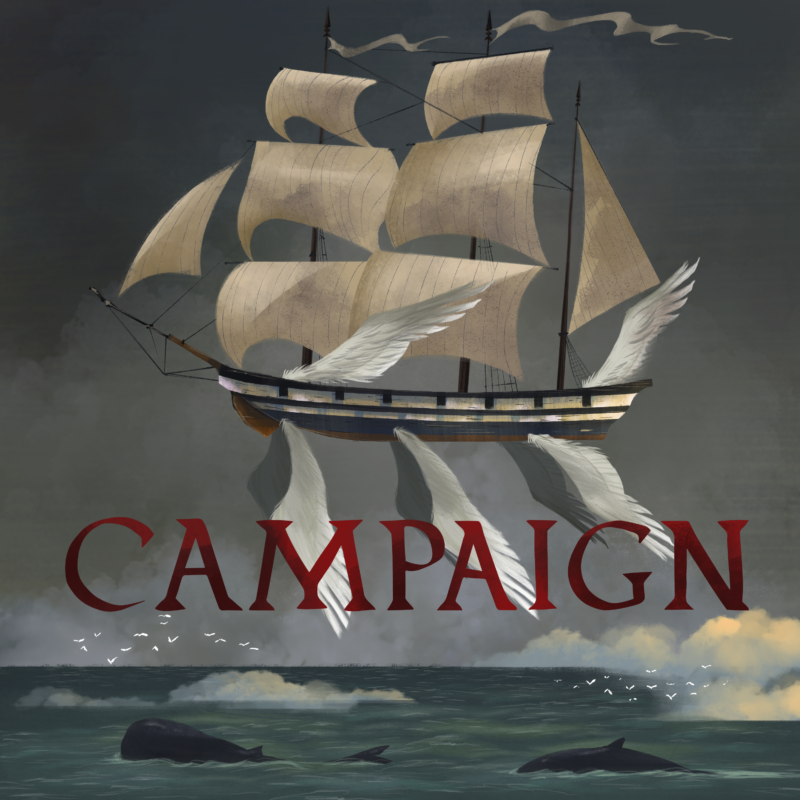 The crew negotiates with Sonja. They have to smooth over the captain’s romantic transgressions and secure work for themselves all without letting everyone know he’s dead. What they don’t know is that working with Sonja might get them killed too.

Meet the crew of The Uhuru, a Sky Ship under the banner of the notorious captain Orimar Vale! His name is feared by Red Feather captains and privateers alike. However, Jonnit Kessler, Travis Matagot, Dref Wormwood, and Gable share a secret about him that no one else knows…

Tales from Spéir: The Church of the Slain God

I don’t harbor any ill will towards religious folk. There’s lots o things that make an Airiner’s life dangerous. In the clouds, folk need all the allies they can get. Superstition can quiet an unsteady hand on the line, where anything less than a firm grip courts the cutting stone.

My generosity falls well short of tolerating The Church of The Slain God tho. Bein’ as large as they are I suppose it’s a bit of a risk sayin’ this to you folk, but most worshipers of the slain god got something of a look about them. I’d like to think even in my twilight years I’ve still got a keen eye.

No matter which port you call home you must have at least heard of the church. Even if you’ve never seen their red and purple robes or their strange brass masks. Their teachings are as old as the fall, and their history stretches all the way back to the age of nations. Of course back then the old church looked nothing like what it is now.

In the age of nations, the church was unremarkable in every way except for their reach. They preached to mariners, and traveled the seas. This helped the word of the church spread far over Speir. Picture of the old saying “a god that finds a bed with sailors, wakes up on foreign shores.”

Their god, and it was just the one, was supposed to be mighty, benevolent, and a prince above princes who suffered no pretenders. Can’t say I know much about the old teachings as they never suited my tastes for interesting tales. As their god was lordly, the church behaved very similar to a nation its own right. By the time the nations realized the true influence the church had, they found they were living with a powerful rival that they could not control. Many of the old wars were fought around the church.

Then the stars fell.With the seasons untamed and the seas a raging horror many folk looked at the church with different eyes. A lord that treated its subjects with the kind of cruelty shown to folk in the world after the fall would be seen as a tyrant true enough. The church might have faded alongside the old kings of nations had the church not found a clever profit to weave a new message.

I’m sure you’ve heard the shouting, even if you did the sensible thing and walked by. God is dead. Brought low by insolence, indifference, and sin. Their body cast into the seas, their angels dragged to the ground. In their heaven an empty throne, surrounded by mourning lost souls. The world shall suffer as they have. With no eye to tame the seasons they shall be as wild beasts. With no arm to hold death it shall act according to its own will. The blood of a broken heart will poison the waters of the earth and fill the seas with hate.

If I were to be a religious man, and I had my pick of gods I can tell you I would not worship a dead one. I suppose I just ain’t like other folk as I’ve heard many voices preaching the same nonsense.

It’s fitting in a way that the Church of the Slain God purports to worship a corpse. The foul blood of long dead nations runs through the heart of the church. Apart from the Red Feather the Church is one of the few institutions that’s left over from the old world.

Tales from Spéir: The Luminaries

There are forces in this world that we’ll never understand. But we tell the stories none the less.

If you’re gonna be a Sky Jack you’ll have to learn Illimat. There are plenty o games to play with cards that suit people just fine. Sky Jacks have seen the world though, we don’t settle for just any game.

Illimat is the world’s game. Before the first sailor left port under the banner of a nation there was an Illimat waiting for them on a new shore. Like bowls, bags, and bows Illimat’s something all people of the world share. In the cities, you might find some university type who’ll try to tell ya that it came from some long dead nation and spread, but any Sky Jack can tell you that’s nonsense like the sailors knew before them. And the proof is in The Luminaires.

Just about every drunk who’s spent a late evening at an Illimat has found themselves staring at the cards at the corner of the mat musing on what they’re supposed to be.

If you’re lucky, like I was as a lad, you’ve heard some of the tales. The poor fellow who married a bird and chased her away, the maiden and the changeling who died for their love, or the lad who chased revenge into the belly of a whale.

A lot of folk around here think of these as “just stories” but let me tell you, leviathan and skyships are just stories until you see one right in front of you.

It’s hard to say what luminaries really are. Some folk think of them as gods, and I suppose that’s true enough for a few. The Forest Queen certainly has all the power and wrath of an ancient god. Others say they’re spirits or shades of folk that once lived. The Soldiers match that description true enough. It’s an all too human folly to try and find yourself in something that ain’t even remotely shaped like a person. The only concern The Island and The Butcher have for humanity is as prey.

There are lots of things the Luminaries could be. I find it most useful to think of them as stories that sort of, insist on themselves until they become true. Sky Jacks are allowed a certain amount of superstition. If you want to think of Luminaries as gods, spirits, or fates you be my guest. It’s certainly less complicated.

They might be known by other names in other tongues, but they are something shared by all of Spéir. Even if you never heard the tales, you know the stories. They are as present as the game, and they give it life.

But enough talk, throw down an Okus and let’s see if you can curry favor with a luminary tonight.

Before the fall, Corsair, Privateer, and Pirate were names The Nations gave to sailors who got on the wrong side of their wars. They talked about them like they were all raiders and thieves. It’s true that many who became Corsairs turned to raiding and thieving once they lost their nation’s graces, but most started as ships that had suddenly lost their fleets and had no ports to call home.

Of course we don’t have nations anymore. Today a Corsair is any Sky Jack that sails without the blessing of the Red Feathers. Just like the pirates who came before them, Corsairs sometimes turn to desperate measure to stay in the sky. It’s also true that they attack Red Feather ships. Red Feathers would have you think that Corsairs are just Mariners who took to the sky.

Now I might be just a lucky old Sky Jack who just happened to avoid the worst of them, but in my years I’ve shared drinks and an Illimat with more than a few Corsairs. They didn’t seem too different from your average Sky Jack to me. The largest difference probably being that they’re a bit more worn for their years. That and the stories.

If you ever get the fortune to sit at an Illimat with a Corsair you do yourself two favors: Don’t bet too much, and ask em for a story. Most Sky Jacks just get to go wherever the Red Feathers tell them, but Corsairs don’t have to go anywhere. They get to sail to places Red Feathers won’t even bother to chart. Some have even seen places that The Nations never even knew about. It’s not a popular opinion, but I’m fond of em.

Of course I never seen The Tempest. The first ship to be named a crew of corsairs.  But I know it’s real, and no matter what The Red Feathers tell you, I know she’s still out there, and even The Mariner might think twice about crossing swords with them.

I been around long enough to know that if someone tells you that any folk are monsters, they have a reason to do that what got nothing to do with their concern for your wellbeing. Even if The Red Feathers pay the checks that keep this belly fat they ain’t earned the right to tell me who’s a monster.

The only monsters on the Speir come from the sea. If you don’t remember any of my other stories, you’d do well to remember that.

Tales from Spéir: The Mariner

Long ago, when the stars shone in greater number than any could hope to count, the seasons came in sequence, and the sea was tame, the people of Spéir divided the earth into things called nations. Vast collections of cities that gave fealty to a few powerful rulers. Nations used the seas to make trade and war. They spread their power across Spéir to places no one has seen in a hundred years.

Then the stars fell, the seasons went feral, and the sea turned foul.

There are none alive today who remember the world before the fall, but we tell the stories of those who heard stories from those who did.

They say there is an island that makes its home in any place a sailor can no longer see land. It is made not form the bones of Spéir, the rocks and soil you and I call home. It is built from the bones of ships and dead men.

It calls to sailors, lost, hungry and homesick. It offers them the promise of firm ground, green grasses, and dry air. Some say it calls with songs. Whatever temptation a sailor needs to abandon their senses and change course from the Starwatcher’s chart. Most who see the island are drawn to crash upon its shores and rot away to join the rest of the bones that make up that foul place.

Those clever few who escape The Island’s call bear The Mariner’s Mark. A black spot upon their palm. Those foolish enough to return to sea after seeing The Island never return.

It was upon this cruel mockery of the land that The Mariner was born. It walks and talks like a creature of the land but do not be fooled The Mariner comes from the sea. Its blood is bryne, its flesh is foam, and its bones are the flotsam of 10,000 ships that met their end on that hateful island.

The Mariner is a prophet of dark revels. Calling men from the land to the waves. Today those who bear The Mariner’s Mark hear call. The lucky ones end their lives trying to drown out the voice. The rest slip into the sea. They join the legion of half-men who sail the endless sea and devour all the water can touch.

I can see you’re curious. Lucky for you this old Ariner has had more than enough drink needed to tell a tale.