One Shot is a weekly actual play podcast that explores different role playing systems with self contained One Shot stories. A rotating cast of improvisers, game designers, and other notable nerds show off the variety and diversity in RPGs bring you a new game every month!

James D’Amato is a comedian, author, and game designer living in Chicago. You might recognize him from ABC’s The Toy Box, or his book The Ultimate RPG Character Backstory Guide, or from an angry political tweet he made that blew up.

James trained in improv for years at The Second City Conservatory and iO Theater before using those lessons to share his love of gaming with the world. In the years since he worked to build the One Shot Network around the idea of making RPGs more accessible and the tabletop community more inclusive.

END_OF_DOCUMENT_TOKEN_TO_BE_REPLACED

This week Dr. Emile Candy (Sam Kaye) and Felix “Mack” Macbre (James D’Amato) get into some how water with Capone’s outfit as they tear the windy city apart looking for Humphrey Hall, wealthy greetings card magnate. Meanwhile the bodies start piling up as the Hanukkah killer claims more victims. Can the boys find the killer and...

END_OF_DOCUMENT_TOKEN_TO_BE_REPLACED

The mystery continues to unravel as a deranged killer turns the festival of light into a festival of death! Dr. Emile Candy (Samuel Kaye) and Felix “Mack” Macabre (James D’Amato) are investigating the disappearance of a wealthy greeting card manufacturer named Hall. This week Mack and Candy match wits with the mob while looking for clues.

END_OF_DOCUMENT_TOKEN_TO_BE_REPLACED

James and Kat are joined by special guest, rabbinical student Sam Kaye to take on mystery and murder. If you are a fan of Deadlands, you are going to love the updates they made in Deadlands Noir. This is the perfect opportunity to see how the system plays.

END_OF_DOCUMENT_TOKEN_TO_BE_REPLACED

To celebrate the pilgrims who first settled the United States we decided to ask ourselves a question: What caused the terraforming colony in “Aliens” to get completely overrun? At ONE SHOT we believe that it was probably some folks with misplaced ambition and poor impulse control. This week, James along with Pat O’Rourke, Derek Ford, and Adam Dodds play a game of “Fiasco” with an original playset to explore that question.

END_OF_DOCUMENT_TOKEN_TO_BE_REPLACED

James D’Amato, Alex Manich, James Hepplewhite, Dan Stauffer, and special guest Cliff D’Amato sit down to play a game of Dread, the Jenga based horror RPG. What happens when a Colorado camping trip takes a turn for the deadly? Find out on ONE SHOT!

END_OF_DOCUMENT_TOKEN_TO_BE_REPLACED

13. This is the way the world ends: Not with a bang but with John

John gets a new look. Then he gets some new friends to help him out with a little project he has been working on. Finally John has some words with himself and gets to do something he has been wanting to do for a long time.

END_OF_DOCUMENT_TOKEN_TO_BE_REPLACED

This week we join John Patrick Coan, Luke Null,and John Gospel as they guide John through a hostage crisis. John reads more from the Necronomicon and summons a new friend, he also has a chat with the Chief of Police and the Dean of Miskatonic. It is a finger-melting good time!

END_OF_DOCUMENT_TOKEN_TO_BE_REPLACED

James and JPC along with newcomers Luke Null and Mike Gospel take on Lovecraft in the indie system which is taking the internet by storm: “Everyone is John.” After reading the Necronomicon can John Tuckerman, an associate professor from Miskatonic University, survive the ravages of madness?

END_OF_DOCUMENT_TOKEN_TO_BE_REPLACED

10. Scooby Doo: Pooch on the Doorstep

James, John, and Kat sit down with special guests Nick Lang and Scout Bratt to play one of James’ Gen Con favorites: Scooby Doo run Call of Cthulhu! Velma, Deaphne, Fred, Shaggy, and of course Scooby Doo face down the terrible shadow over Innsmouth in this mash up game. Let’s hope the gang can sluthe their way out of this one!

END_OF_DOCUMENT_TOKEN_TO_BE_REPLACED 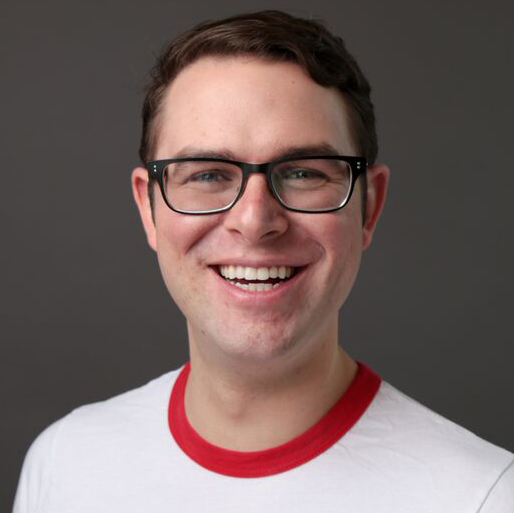